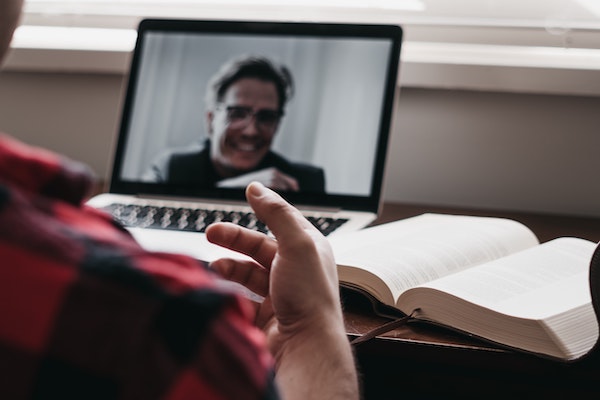 At the South Yarra Community Baptist Church (SYCBaps) in Melbourne, Australia, moving worship and congregational life online during our city’s four-month hard lockdown proved so successful that there is now a serious conversation about the possibility of continuing it and not returning to physically gathered worship. This is particularly surprising for us because our worship over the last two decades has been richly sensory and sacramental with a strong commitment to embodiment. We did not anticipate it adapting well to an online format.

What people say they value most about our worship is its radically participatory congregational style. Every regular participant has parts of the Sunday service that they lead, usually from where they are sitting. For most of a pre-COVID worship service, there was no one up front. Everything happened from within the circle, and everyone had a part to play. This meant that when we went online, the common practice of pre-recording or live-streaming footage of a few key leaders conducting a service from the church would have been a big turn-off for our people. It simply would not be “our” worship. We needed to find a way to “gather” the congregation online for a real-time, live, participatory event in which everyone could contribute to making the worship happen. We knew we would have to give up some things, but the congregational participation level was non-negotiable.

Gathering on the Zoom platform and screen-sharing slides with texts, music, and visual imagery enabled this for us. Using Zoom’s side-by-side mode allowed people to see both the slides and most of the congregation at the same time. The texts of the prayers and songs that people usually had in a booklet now appeared on the slides. Each person knew which numbered slides were theirs to lead and could unmute themselves to do so. To our amazement, this replicated our previous experience remarkably well.

Some things had to be adapted more than others, and some adaptations had surprising consequences. For example, it had been our practice to follow a general confession of sin with an individual absolution in which each person turned to the next, marking the sign of the cross on the neighbor’s forehead and telling them by name, “Your sins are forgiven. Be at peace.” Thus, the absolution was passed right around the room to each person in turn. How could we replicate anything like this online? Our solution was to use Zoom’s spotlight feature to highlight each attendee in turn, so that the rest of the congregation could, in unison, tell that person that their sins were forgiven. It lacks the dimension of touch, but people can mark themselves with the baptismal sign of the cross as they are told of their forgiveness, and those gathered in small household groups can still mark one another.

What we slowly realized was how important this component of our worship was for achieving a sense of being truly gathered in one another’s presence. One of the problems with online worship for many churches is that since most worshippers are only the receivers of streamed footage that they can watch at different times, it is difficult for them to avoid engaging simply as consumers or spectators. There is a legitimate question about whether going online hasn’t so much caused this as simply exacerbated and exposed something that was already happening in our church buildings. But certainly online, as a viewer, you know that the leaders are not aware of your individual presence, and your absence would make no difference to what happens. But for SYCBaps, in our online gatherings, even if you are a first-time visitor and do not have any parts to lead, when your image is spotlighted and you are addressed by name by the whole congregation, assuring you that you personally are forgiven by God, you are also receiving an unmistakable assurance that your presence is noticed and honored as important.

In the first few weeks when I was frantically busy trying to prepare all our worship materials for this new format, I freed myself from sermon preparation by inviting a few visiting preachers online. We quickly realized that this opened up the opportunity to have visiting preachers from all over the world without having to wait for them to visit our shores in the flesh. Not only has this enabled us to build stronger connections with other churches around the world, but we have been able to hear firsthand reports of how the pandemic was impacting other countries and how the churches in those places were adapting.

Zoom also gave us the means to gather people during the week for prayer and mutual support, something that was obviously going to be more important than ever during months of enforced physical isolation. With our congregation scattered across a large metropolitan area, we had not previously been able to gather people regularly for daily prayer. Lockdown intensified the need and Zoom provided the means. Within a few weeks, in addition to our main Sunday service, we had another 18 short prayer gatherings a week – morning, late afternoon, and nighttime, six days a week.

At the time of writing, we have been out of lockdown and mostly COVID-19 free here in Australia for three months, but attendance at these daily prayer gatherings has not waned. About half the congregation attends at least once a day, and about three quarters at least once a week. Not only is that a lot more gathered prayer than was going on before, but after each of these gatherings, most people stay and chat with one another. Much of the congregation is spending far more time in one another’s company than ever before, sharing both small-talk and deep concerns. Paradoxically, the physical isolation of lockdown actually brought us closer together! A number of people have said that these daily gatherings saved their sanity during the months of lockdown.

As the months went by, more unexpected benefits began to emerge from this new manner of gathering, and this is where our story begins to move from one about the church’s worship, fellowship, and spiritual formation to one about new possibilities in mission.

The first thing we noticed was that the numbers at worship were up. The long-term regulars became more regular. Some of this was just that during lockdown, people felt their need for connection more, and there were few competing activities and not much else to do. But it wasn’t only that. There were people whose increasing age and declining mobility had been making it more and more difficult to get themselves to church each week and who found the online worship far more accessible. Suddenly they were there every week again. Others who had moved away permanently or temporarily began rejoining us again because distance was no obstacle. In one amusing case, a young woman who had moved overseas for twelve months and was a bit anxious about missing her church for so long actually only missed one Sunday before we had to move online and she was able to rejoin us from the other side of the world!

Over time we have identified five distinct groups of people who have been significantly advantaged by our move online (in ways that are not specific to lockdown), all of whom have not previously found church working well for them:

There are, of course, people for whom the online worship is more difficult, and who hunger for a return to physically gathered worship. Most notable among those are people who spend too much time on Zoom for work, and those with young children who particularly miss the physical activity and physical interaction that cannot be replicated online.

But we are now facing a dilemma. Attendance from the five categories above has grown through the year so that now if we terminate the online gatherings, we will be casting adrift nearly half the congregation. And although our unique style of worship adapted surprising well to the online environment, it would be very difficult to make it work with a hybrid of the online and physically gathered. For both technical reasons (such as needing to make every person in the church building audible to those online) and liturgical reasons, there is a very real danger that trying to create a hybrid will significantly diminish both versions of the experience and simply create the worst of both worlds.

So the pressing question is: Is there a new call of God emerging in our recognition of these five people groups who are benefitting from our online worship and congregational life? Knowing that it is not possible for any congregation to be all things to all people, is God calling us to accept the cost and refocus our ministry and mission toward these identifiable groups of people who have not found church sufficiently accessible in the past? We’re not yet sure, and the conversation has a long way to go. 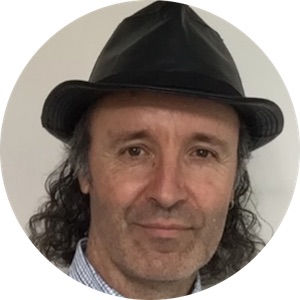 Nathan Nettleton has been pastor to the South Yarra Community Baptist Church in Melbourne, Australia, since 1994. He is a member of the BWA Commission on Worship and Spirituality and has written and taught extensively on Christian worship practice. He lives with his wife, daughter, and two dogs.
Nathan Nettleton
Mission Guide Home Page 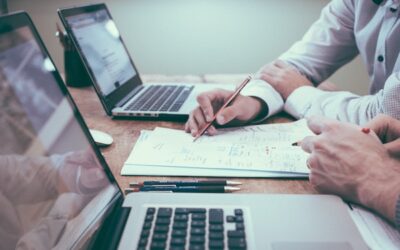 Church Budget Planning in a Pandemic

Dr. Matt Cook draws from more than twenty-five years in ministry to outline three ways to plan financially and be good stewards in uncertain times.