In alignment with our commitment to respond to needs through aid, relief, and community development and to defend religious freedom, human rights, and justice, the Baptist World Alliance (BWA) is committed to recognizing global leaders who are making an impact in these key ministry areas. To that end, the BWA is now accepting nominations for the annual Denton and Janice Lotz Human Rights Award to be presented at the BWA Annual Gathering in July 2022.

Established in 2006, the award is given by the BWA for significant and effective action and activities to secure, protect, restore, or preserve human rights. It includes all rights stated in the Universal Declaration of Human Rights and other declared rights by United Nations bodies such as the General Assembly, the Security Council, the Economic and Social Council, the Trusteeship Council, and the International Court of Justice.

“Every human being is created in the image of God. As Baptists, we want and need to reflect God’s love and care for each and every person. We do so by advocating and mobilizing for religious freedom, human rights, and justice around the world,” said BWA Awards Committee Chairperson Thomas Klammt. “The Awards Committee is privileged to support these causes by recognizing one Baptist for his or her significant effort to protect or restore human rights. Through the nomination process, the global Baptist family can help us find worthy candidates, and in doing so, support their ministries and encourage many others to make the world a better place to the glory of God.”

A global call for nominations is now open with nomination forms accessible at BaptistWorld.org/human-rights-award. Previous nominees who did not win are eligible to be nominated again. Nominations should be submitted no later than November 30, 2021. The BWA Awards Committee – comprised of Baptist leaders from around the world – will then confidentially review nominees and recommend a recipient to the BWA Executive Committee who will then deliberate and act upon the recommendation.

“It is encouraging to see Baptists around the world making an eternal impact as advocates for human rights. It is an honor for the BWA to be able to present an award that recognizes leadership in this critical area and pays tribute to the incredible leadership and legacy of Denton and Janice Lotz,” said Elijah Brown, BWA General Secretary & CEO. “We look forward to receiving nominations from each of the regions in our global network and the opportunity to recognize another individual in the storied history of Baptist human rights leaders.” 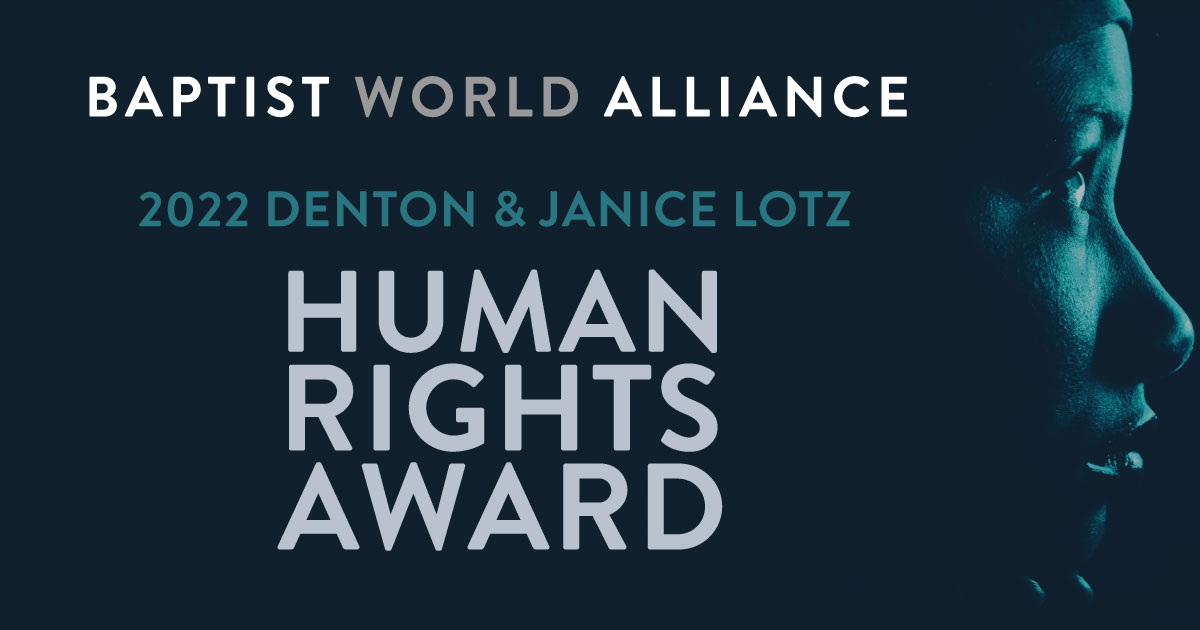